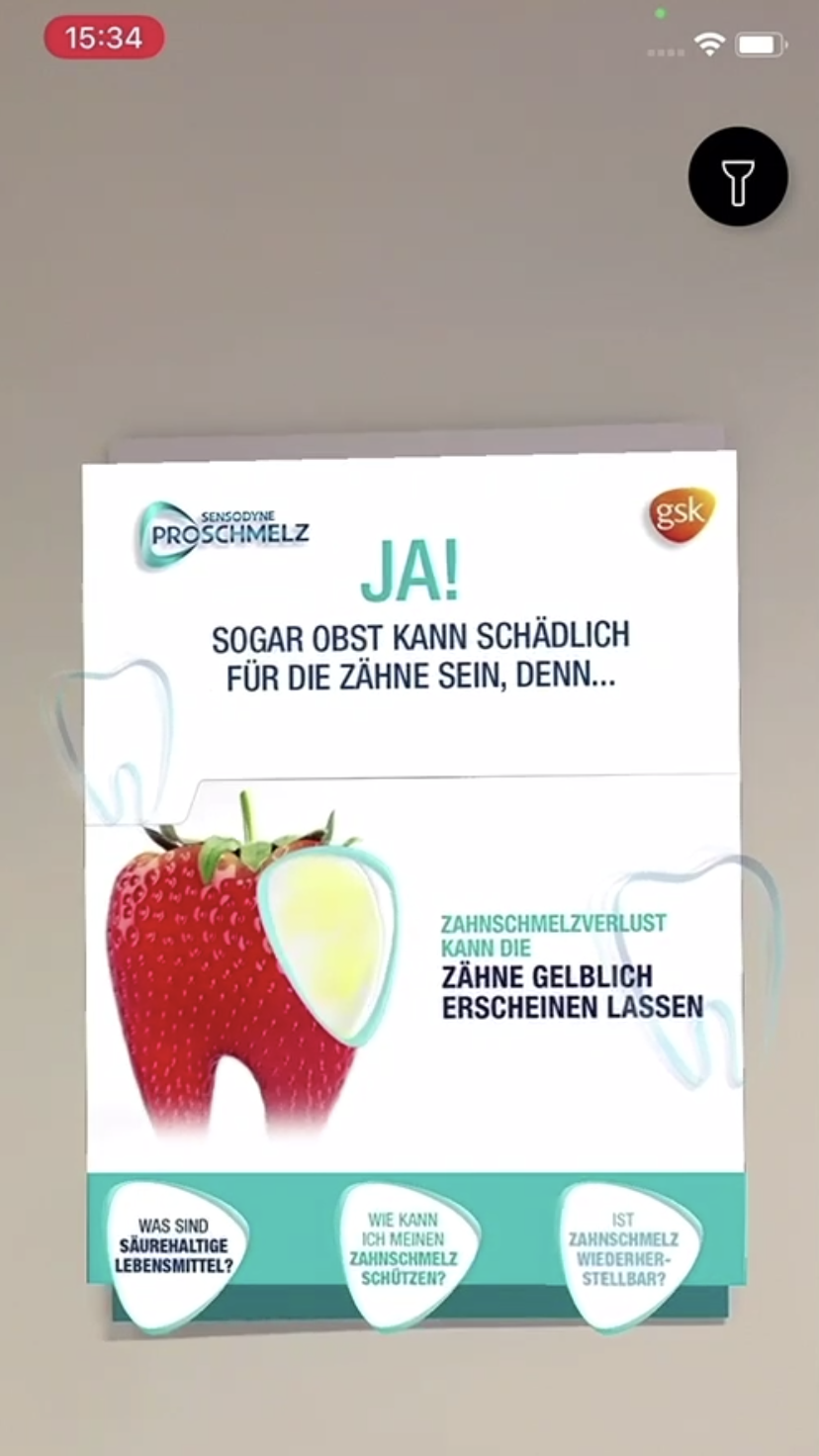 Ads are great. But they have one decisive disadvantage: they are limited in space, which is why you always have to choose between information and emotion. Or: you simply do it like Sensodyne and integrate snoopstar.

The print motif of Sensodyne’s new awareness campaign shows how optimally print and snoopstar complement each other. The large headline and the surprising motif of the ad act as a very concentrated eye-catcher and attract the reader’s attention. And snoopstar then delivers all the information that the ad could not convey in an entertaining way. An interesting video explains why fruit can lead to tooth enamel loss, other links show how to protect yourself against it and what you can do about it.

The large-scale print campaign appeared in the highest-circulation women’s magazines from the beginning of August to the end of September. Across Germany, readers* of Brigitte, Cosmopolitan, FIT FOR FUN, freundin, Für Sie, Gala, InStyle, Jolie and Co. were able to immerse themselves in the special infotainment world of Sensodyne and snoopstar. Through this campaign, snoopstar has achieved a net reach of 9 million contacts and we are already looking forward to continuing this successful cooperation: The second printflight will be launched in November.

Would you like to snoop and experience the sensodyne advertisement yourself?

Open the snoopstar app, point your cell phone at the product and dive into the Sensodyne world. 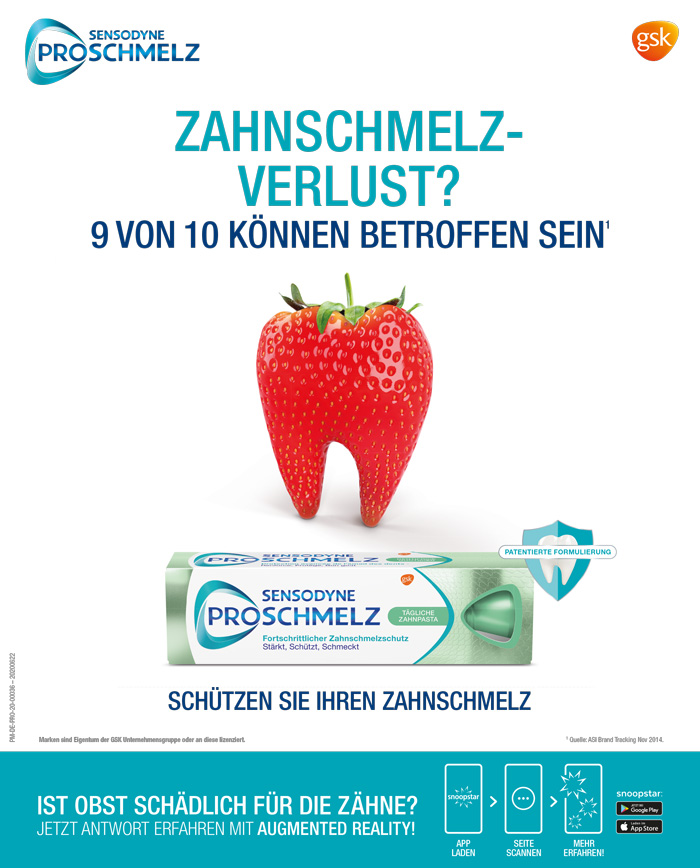