It’s simply fabulous, what snoopstar makes of the Disney+ ad 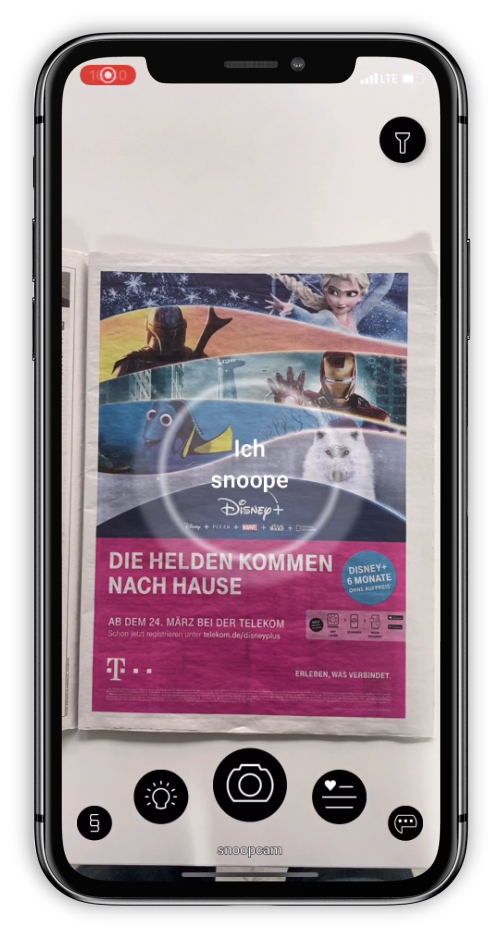 The Disney+ streaming channel has just been launched – and for Telekom, that deserves a special print presence. And it’s supported by snoopstar. The weekly newspaper Bild am Sonntag, which has a circulation of 700,000 copies and a readership of 4.2 million, has published a snoopstar-enhanced 1/1 advertisement on this very topic. It invites the reader to dive headfirst into the Disney universe. The simple push of a button brings the ice princess to life – and Elsa radiates her magic spell far beyond the display. But it’s not only the emotional effect of the ad, it’s also the possibility to subscribe directly to the new channel that make Disney+ and snoopstar a fantastic duo.

Would you like to snoop the Disney+ story and experience it yourself?

Open the snoopstar app, point your phone at the product and dive into the world of Disney+. 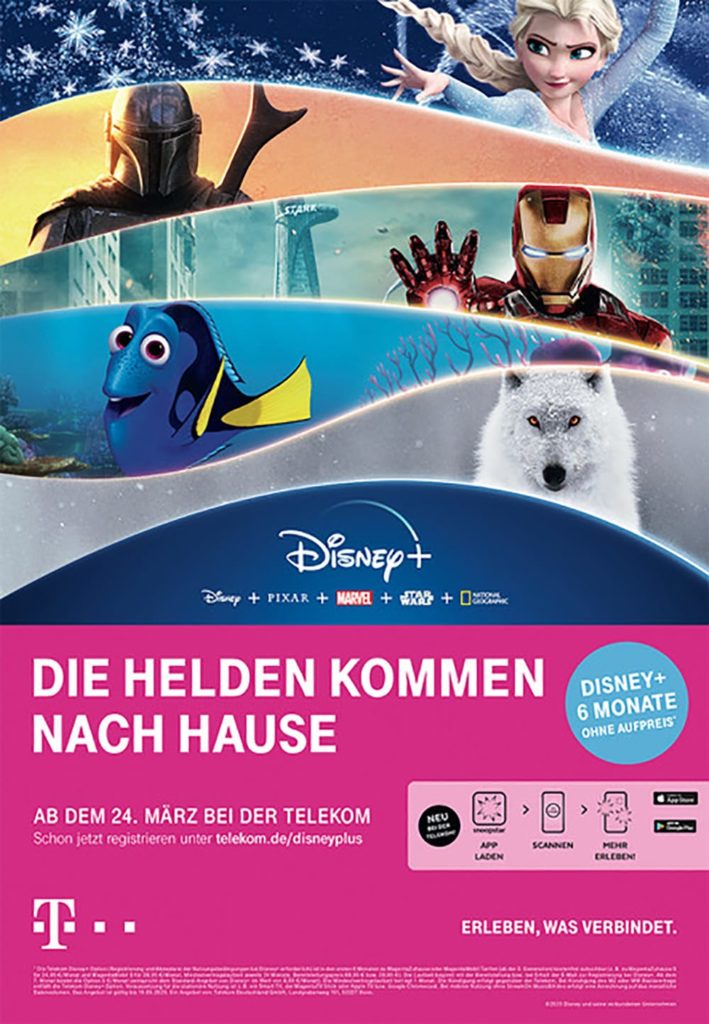